TICKETS AVAILABLE SOON for the Show!

Who will be the next great SINGING STAR winners?! Find out on Sunday, May 3, 2020 when talented young singers from the heart of the entertainment industry sing their hearts out in front of a live audience and music industry professionals!

There will be one singing contest for ages 5-10 (1pm) and another for ages 11-14 (4pm) held during the event. Celebrity Judges will give expert feedback and choose this year’s top performers. Past Judges have included executives from Radio Disney and Warner Bros, past finalists and coaches from American Idol, producers on the Grammy’s, High School Musical and Hannah Montana albums, Broadway performers, and Billboard Charting Artists.

Burbank Singing Star is an annual event that raises money for local charities. This year’s beneficiaries are Music Programs in the Burbank Unified School District and the Kiwanis Club of Burbank, whose mission is to help kids in the local community.  The event is produced by The Music Junction and the Kiwanis Club of Burbank.   Buy TICKETS SOON! Invite your friends to our FACEBOOK EVENT PAGE!

by Luis Centeno, President of the Kiwanis Club of Burbank 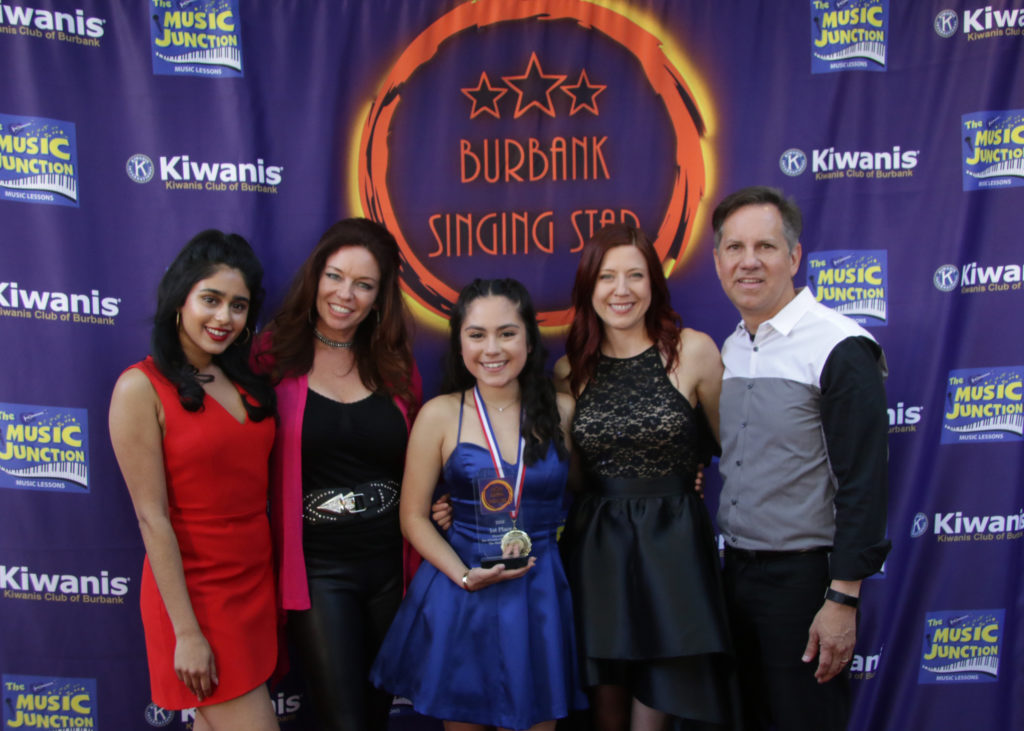 The 3rd Annual Burbank Singing Star Contest was held on April 22nd, 2018, and the two finalist concerts were full of talent and energy!

While the judge’s votes were tabulated each concert’s final number “I am Changing” was performed by Charissa wheeler and Co-Host Robbie Fitzsimmons. 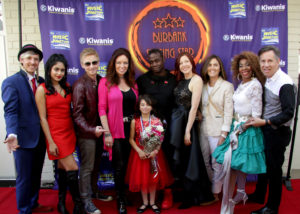 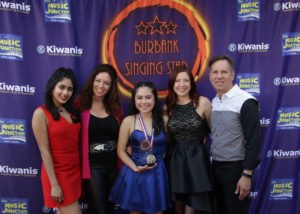 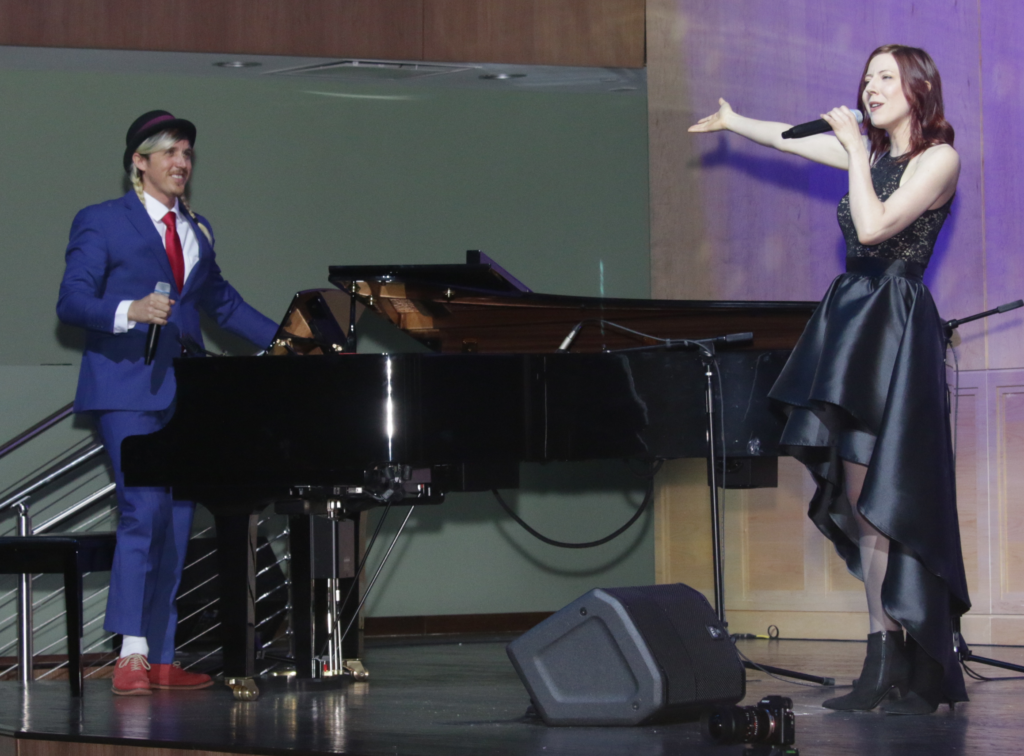 by Luis Centeno, President of the Kiwanis Club of Burbank

FROM THE BURBANK LEADER:

“On the Town: Burbank Singing Star competition a showcase for future stars”

Whether it be “American Idol,” “The Voice” or “America’s Got Talent,” there’s no doubting that the nation is brimming with exceptional singers.

Charissa Wheeler, who owns and operates the Music Junction, a Burbank-based training studio that offers piano and voice lessons, proved there is also a lot of local talent as she staged the inaugural Burbank Singing Star competition at the Castaway restaurant Friday evening.

The event, held in partnership with the Kiwanis Club of Burbank in the hillside complex’s Starlight Room, presented 20 semifinalists who were selected during a summer-long process that began with more than 300 singers between the ages of 4 and 12.

The audience of close to 400, who enjoyed Wheeler’s opening rendition of Milton DeLugg and Willie Stein’s “Orange Colored Sky” backed by dancers Elyse Bollesen, Katelyn Bright, Bridget Creshaw and Kaitlyn Glenn of the Burbank Dance Academy, were then welcomed by Kiwanis Club of Burbank President Cynthia Faust and comedian Jaime Monroy, who co-hosted the evening with Wheeler.

In the younger category, the top honor went to Jordyn Curet, with Harlow Hamerplacing second. In the older group, Jhanessa Lorraine Equila was named the winner, followed by Sierra Gracelyn Brogmus and Anna Pacino tying for second andChristian Ortega-Christiansen getting the third-place nod.

“This competition was everything I wanted it to be — everything I hoped it would be,” said a beaming Wheeler after Friday’s event. “We learned a lot in building the framework for this to become an annual event — what we want to capture and the things we may want to change as we move forward.”

Along with Friday’s competition winners, the Burbank Family YMCA’s Learn, Grow, Thrive program — which offers summer reading and enrichment for children from low income environments — also proved to be a winner as a recipient of a portion of the proceeds raised by the evening’s ticket sales.

• Applies to student’s first month of 4 lessons. Then enrolled students will continue at the flat monthly rate with recurring, monthly credit card payments. No extra charges for 5 lessons in the month – our students pay the same flat rate whether you have 4 lesson days or 5 lesson days in the month! Credit card only; autopay required.

*5% FAMILY DISCOUNT! Families receive 5% off the total of each student’s lesson plan in the family for their first 6 months of enrollment. Cannot be combined with other offers.

Ready to get started? Come play with us!
sign up now

See the great reviews for our Burbank & Hollywood locations.